We’re back from England and celebrated NYE in style sipping cocktails and necking shots at Topiary on Hollywood Road.

England was great, it snowed and was pretty cold – but seeing family and friends and of course my little doggies warmed my heart up. I spent most days doing the grand total of nothing but I managed to fit in a night out and a couple of meals with friends and family. Lounging on the couch with the dogs and heckling my mum was the highlight of my two weeks, as it’s something I’ve missed A LOT!

Here’s some snapshots of my two weeks at home 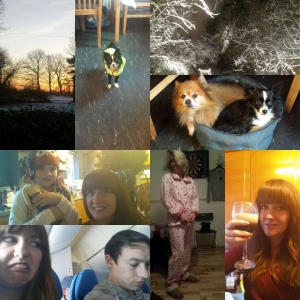 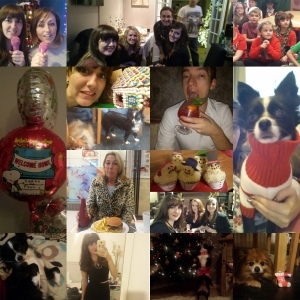 Though I loved being home and seeing everybody I’ve missed, I was happy to return to much warmer Hong Kong. Paul had to go to work straight off the plane so I was left with the two suitcases, as I’m not very assertive the taxi driver dropped me off around the corner from our building so I was dragging two suitcases, my hand luggage and my handbag, wearing a scarf, jeans, winter coat, cardigan and boots with thick socks. I was quickly cursing the heat that I’d be craving so much.

It’s still lovely and warm here in Hong Kong, though it does get a bit chilly at night. Our apartment is getting colder and colder, each night. Yesterday I complained of being cold and Paul almost pulled the ‘put on a jumper’ line but I was already wearing one.

We were back in HK in time for New Years Eve and luckily we weren’t so jet lagged that we couldn’t go out. So we put on our finest clothes and went for dinner at Classified, a lovely restaurant chain that do all day breakfasts mmmmm! Then it was onwards to Topiary for a party planned by one of our friends. There was lots of familiar faces there and most of them were well on their way to being absolutely hammered as soon as we got there. There was a sickening amount of shots, bottles of vodka and whisky and champagne for when midnight hit. Paul and I managed to stay pretty composed all night, we ended up helping out with some of the tremendously drunk people and even became the Lost & Found department for the night. I feel for the staff at Topiary, the amount of sick and broken glasses was awful but I’m just glad I wasn’t the cause of any of the destruction – for once!
I didn’t get to see the fireworks as our location was blocked off by lots of high rises, so I guess I’ll catch them on Youtube soon! Also, Paul keeps reminding me that Chinese new year isn’t far off so I’ll see even better fireworks then!

We didn’t get home until after 4, and our night didn’t stop there! No, we ordered McDelivery at 4.30 and played PES on PS4 until God knows when! When our delivery turned up, the awesome guy even wished us a Happy New Year despite the fact he was working the night shift on new years eve. What a guy!

New years day was a blast, Paul slept in till about 2pm and then tidied till the evening whilst I went and bought a cooked chicken for dinner. We’ve started the year off amazingly.

Well, that’s a bit of a boring update from me. No new years resolutions that I won’t keep, no health kicks that I will fail at and feel even worse about.
This time last year I didn’t think for a second that I’d be living in Hong Kong – you can try as hard as you want to plan your life but it’s best when it’s a surprise! 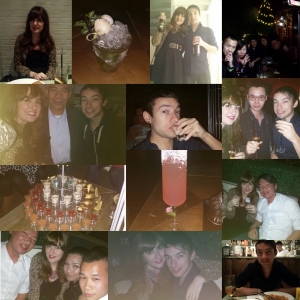 Tell me what you think.. Cancel reply